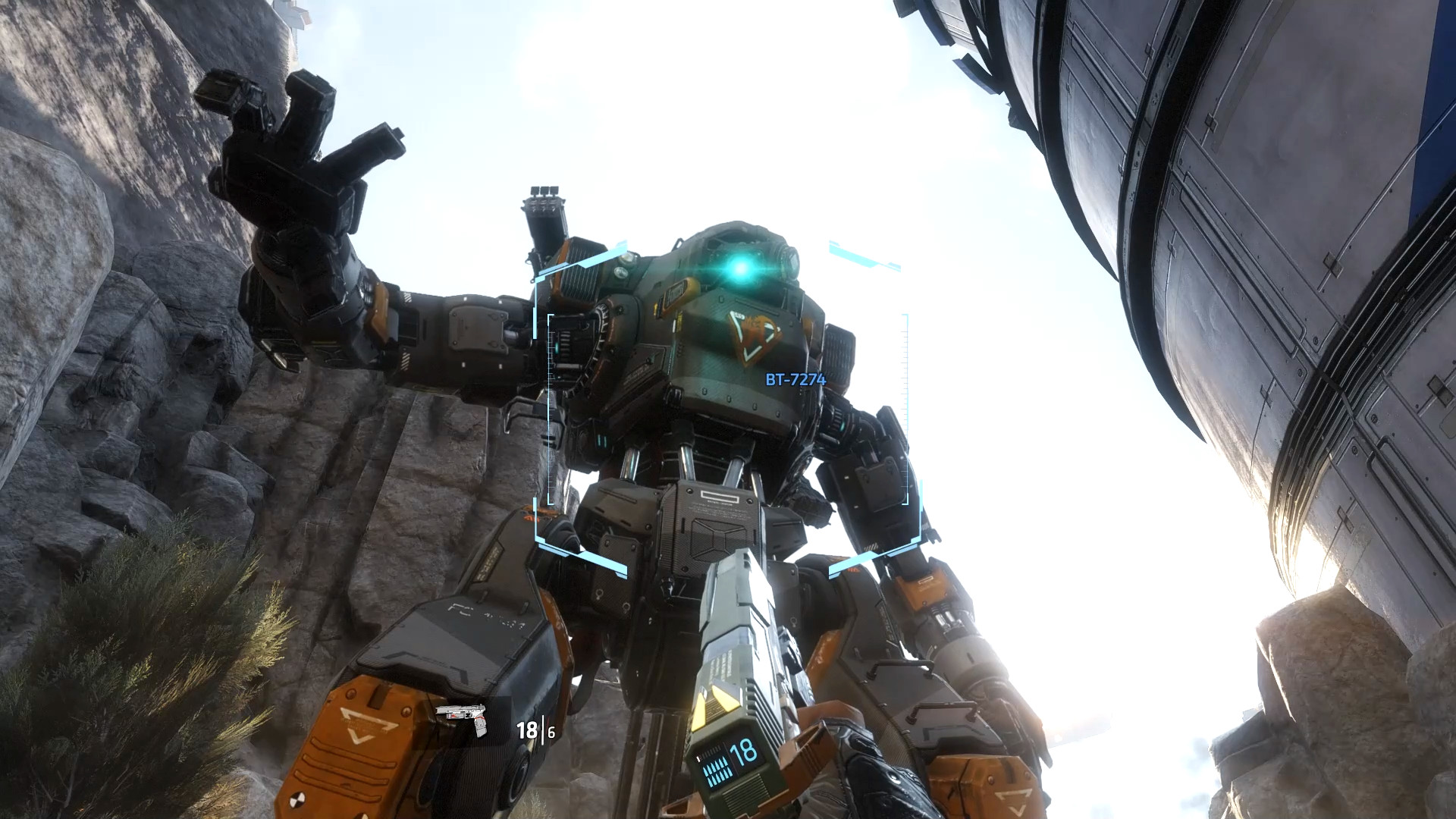 Titanfall 2 looks to right the wrongs of its predecessor by adding in a single-player campaign and a deeper multiplayer experience.  I liked Titanfall, despite its offensive shortcomings in content, but I headed into Titanfall 2 without any preconceived notions about that thing called “history repeats itself”.

Respawn Entertainment has talent from the teams that brought Call of Duty to life, and that pans out not only in the original installment, but here in Titanfall 2 as well.  While I AM playing it on PC where controls are naturally snappier to begin with, expect tight controls, precision aiming, and an extremely low time-to-kill on human targets.  This is beautifully balanced by the more methodical and strategic Titan combat.  While Titan time-to-kill has been decreased, the combat with said mechs has been tweaked to be more engaging than before, and the dynamic of switching between pilot and titan combat is a frighteningly addictive dynamic.  Fast, twitch shooting as a pilot, and heavy, strategic combat in a titan.  You might have noticed I’ve been showing multiplayer footage so far, and that’s because you’ll be spending most of your time there.  The campaign is enjoyable, though, as they’ve clearly taken a page out of the Call of Duty playbook: expect crazy set pieces and lots of explosions.  On the flipside, though, the campaign has its clever and unforgettable moments, so do yourself a favor: if you buy this game, play through the campaign first.  It also serves as, much like many other recent game releases, an excellent tutorial for the multiplayer experience.  The reason I’ve talked so little about it, though, is because of how short-lived it is… which brings me to my next topic…

As mentioned, don’t skip the single-player campaign: it’s well worth its 4-5 hour length.  Yes, it’s that short, but given its intensity, it WILL be part of your playtime.  The rest is spent in multiplayer, and clearly this installment is still a multiplayer-focused experience.  There are plenty of modes, and though I’m on PC where the userbase is smaller (thus forcing me into the more basic modes like Attrition, a.k.a. team deathmatch), there are enough modes for people looking for variety.  There’s also tons of, once again, Call of Duty-like customization.  Granted, the number of unlocks and skins is great, but there’s just not a whole lot here: more than its predecessor; but still a little anemic to say the least.  It’s missing that extra novelty mode, like zombies or some sort of horde/survival mode.

This is a tough topic to talk about being on PC.  Let me level with you here: it looks good, but at this current time, lacks more current-gen graphical features.  The Source engine powering this game was already long in the tooth when Titanfall came out, and even though it’s been further modified and DOES look better than its predecessor, its lighting engine is easily its weakest area.  As detailed as it looks, and as stylishly realistic as it appears, there’s an overall “cartoony” appearance because its lighting engine does not accentuate its details in the way other engines built for today’s systems do.  Having said that, the Source engine was built around PCs, so expect an extremely scalable experience, as it ran at a near-perfect 60fps all maxed out on my rig.  Though, I’m sure the engine was showing some age as some dips into the mid-50s seemed inevitable despite neither my CPU nor GPU showing 100% utilization during those points in time.  The audio suite itself has also seen some minor upgrades it seems, sounding punchier than before, and there’s a proper, yet indescribable weight to the sounds of a titan that are undeniably easy on the ears even at higher volumes.  And finally, that campaign is not only a solid effort on the set-pieces and action-packed thrill, but its story is above average.  It isn’t the greatest of stories, and it clearly lends itself to a sequel, but the fact that there IS a fleshed out story is a step above the previous entry none-the-less.

As a person who actually liked the original installment, there is one simple question that anyone in the same mindset will be asking: is Titanfall 2 better than the first one?  The answer is “yes”.  Not only because it has an actual campaign that’s worth the playthrough, but because it tightens up titan combat in a way that makes it feel even more engaging.  Unfortunately, it’s still a multiplayer-focused experience with not a whole lot of meat on its campaign bones, and its graphics haven’t seen the advancements necessary to be considered anything other than an upscaled generation behind.  Still, if you liked Titanfall, you’ll definitely like Titanfall 2 a little bit more.