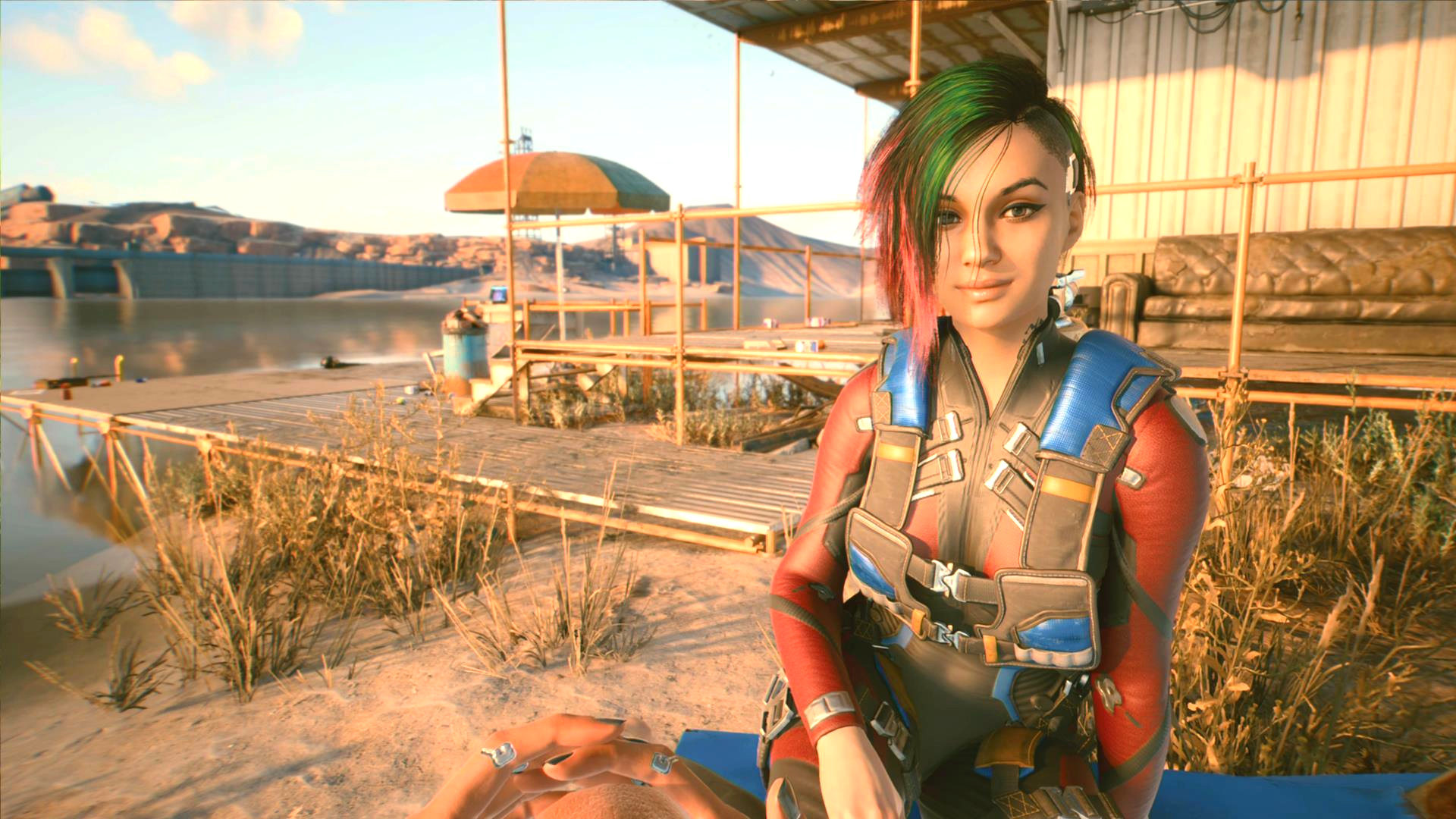 After so many trailers and so much anticipation Delaypunk 2077 is FINALLY upon us.  But after clearly spending multi-millions on marketing to create a near unfathomable hype, did this game end up creating a monolithic expectation that just cannot be met?

…the closest thing to playing in VR as a first-person game.

Let me start by saying that I would have preferred this game be 3rd person… until I played it.  This is probably the closest thing to playing in VR as a first-person game.  This feel is surprisingly well carried out throughout the game in dialogue, and while shooting guns in first person is standard affairs in the modern era, it still feels just the right kind of visceral.  That’s a good thing because there’s plenty of shooting to be done.  Or if you’re up to it, slicing with a katana.  Or if you really let the trailers get to you, mantis blades.  And this leads into the things you can do in terms of leveling up as RPG elements come into play.  That ends up going surprisingly deep beyond just skills and perks, but also equipment upgrades, and most interesting and expensive of all: cybernetic upgrades available for your entire body.  Don’t think it’s all about powering up, though, as gameplay spans some surprising variety from investigation mode to some light platforming to running around the streets GTA-style.  But this all expands even further once you start doing side missions, and while I don’t want to spoil too much, you’ll want to stop and smell the roses, or you’ll miss getting to operate a floating tank.  And that segues into the most important topic of this review.

Believe it or not, I accidentally stumbled upon the game’s final mission just 15 hours in.  Red flags went up in my head, and I thought to myself, “wow, that was really disappointing, we’ve all been had!”.  But I know CDPR from playing the entire Witcher series, and this just couldn’t be it.  So I backed out, and decided I’d just go ham on the side missions.  And boy am I glad I did.  There is so much I would have missed, so much character development, so much deeper moments, so much more of everything that I actually felt a lot of the side missions really should have been part of the main mission tree.  Yes, the side missions were THAT fleshed out and THAT worth it that I was about to make a terrible mistake in concluding this review had I not felt something was wrong.  I understand CDPR did this because long campaigns have low completion rates, but I disagree this time and there was so much that happened after my reversal out of the final mission that if you don’t stop and smell the roses, you WILL come to the wrong conclusion about this game.  Do it, do the street racing with Claire, find the Portal references helping Delamain, do the side missions to your heart’s content.  It’s worth it and completely changed my perspective about this game.

Glitchpunk 2077 is THE most bug-ridden game I’ve ever played.

Glitches, glitches, glitches.  Glitchpunk 2077 is THE most bug-ridden game I’ve ever played.  Sure, this isn’t even the current gen patched version: it’s just an amped up last gen version running “quality” mode.  And yet, despite everything I just said, in spending more time in the open world, nothing could change the fact that I really began to appreciate just how mind-boggling the work must have been to craft it.  This is the most realistic scope of an imaginary game world I’ve ever seen.  The influences come from everywhere: Bladerunner, Fifth Element, Judge Dredd, GTA, Deus Ex, and just loads more movies and games.  It doesn’t matter if it’s at night, or even the countryside, it has such a scope to it that sometimes I just look out the window during a ride to soak it in.  Yet, even at the intimate level, one of the first things you’ll notice is that the mocap and animation work is, while admittedly not perfect, a clear notch above any other open world game that has this much to handle.  The city and the people all feel as organic as our current technology allows, as long as you don’t purposely disillusion yourself overanalyzing the uncanny valley and AI.  And the story?  It’s a bit of a spin on the known idea of digital consciousness, but you have some decisions to make that get you to think about life and death.

Had I not backed out of that final mission…

I almost made a grave mistake.  Had I not backed out of that final mission, this review score would have been just plain wrong.  Part of that is their mistake, too: they made so much content optional that many people will miss it and not experience some very defining moments that I refuse to spoil.  All I can say is that you absolutely must let yourself smell the roses.  If you don’t, you’ll miss out on something special.  This is a spectacular display of what it means to craft a game rather than develop it.  Sure, they have a lot of polishing to do, and a current gen patch still in the works. But I could not help but be glad I reversed course when I did.  Otherwise, I would not have appreciated the near impossible level of work they put into this game and will surely continue to.  I will absolutely be back for more.