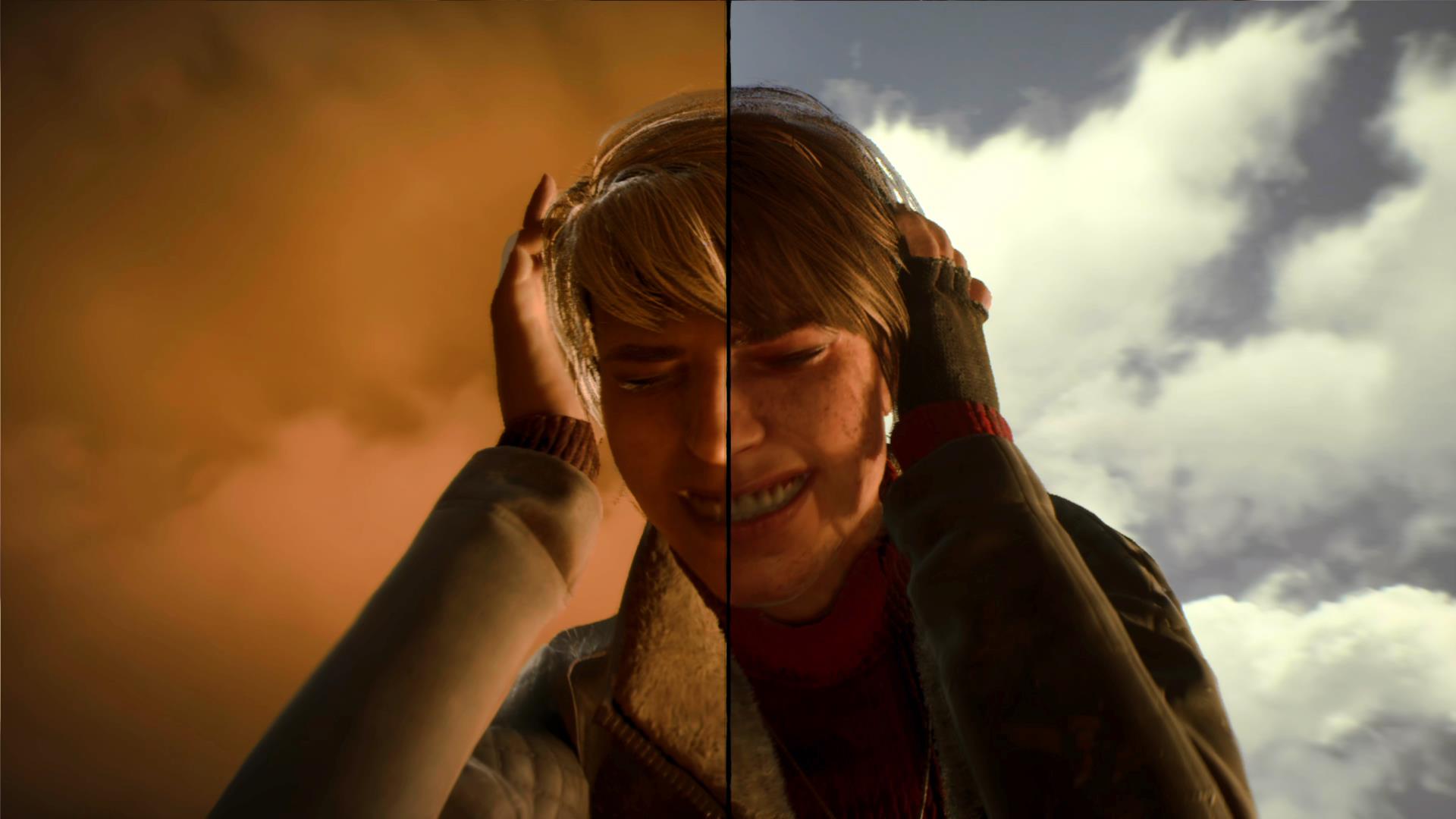 I don’t have a lot of experience with Bloober Team’s games, but I’ve got a fair amount of experience in the horror genre.  That means when The Medium popped up as an Xbox exclusive AND dealt with the paranormal, I just had to buy it along with a solid pack of diapers.

…you will spend most of your time exploring slowly…

Fortunately, when I say I’m familiar with the genre, it means I’m familiar with the slow, often exploration-based nature of horror games.  Yes, it’s often a walking simulator.  Yes, it’s using a stationary camera.  And yes, you will spend most of your time exploring slowly but surely in an effort to unravel the mystery.  The good news is that they do employ some elements that add a little unique flavor.  The first is the most advertised: dual screen gameplay.  This mode is actually a lot more cinematic than it is gameplay function, but the concept is at least intriguing though a little less useful than the trailers have you believe.  The second is going out-of-body.  This mode focuses on your interactions on the other side while your real body stays stationary.  And finally, there’s some puzzles to be solved because, well, that’s a staple of most horror games.  If you’re okay with everything I’ve just said, then you’re probably a bit nostalgic, and the game rather plays to these strengths.  But this is also a weakness: the modern era has allowed us to vastly expand our ability to deliver frills and chills, and there are a lot of moments where this old-school style also feels restrictive, linear, and forced.  This game basically is at the teetering point between being too old, but still trying something new.  The gameplay is a balancing act if you will.  It’s right on that line where I can’t say anything good, but I really can’t lambast it, either, as its flaws are kit and kaboodle for the genre in its heyday.

…if there’s a sequel, it’s this second character that will lead the way…

I generally find horror games to be one-trick ponies simply because a large expanse of what they do is based around story and atmosphere.  This pervades to The Medium, though it’s lower $45 price tag (if you bought it before release) kind of hinted this would be the case even if that IS still pricey.  Why? Because just 6 hours later I watched the credits roll.  Now, while this IS a bit of a spoiler to say, there are moments where you do play another character, and I’ll mysteriously say that this other character hints towards a single-layer Inception movie type nature in a more deliciously satanic light (or darkness, if you will).  Even the vague ending lends towards some possibility that if there’s a sequel, it’s this second character that will lead the way, and I actually look forward to that.  That’s as much as I’ll spoil on that, though.

…does a pretty good job of pushing the engine hard…

First and foremost, this game uses Unreal Engine 4 which means it’s not going to be able to push current gen boundaries.  But I’ve seen amazing looking games on UE4, such as Gears 5, and that’s where this gets interesting.  The Medium does a pretty good job of pushing the engine hard, and thus we do end up with current gen levels of lighting and excellent use of textures.  Some imagery simply looks impressive, and I never found the graphics lacking as the atmosphere is well-crafted, sound design included (if you own a proper home theatre system, turn it up!).  Unfortunately, its use of a last gen engine still manifests several issues.  The first is that the texture loading structure of UE4 manages to rear its ugly head, and on numerous occasions.  The next is that the framerate is hardly solid, and I’m not talking dual screen, either.  There are frequent stutters and framerate dips because UE4 is just not optimized for current gen hardware.  And lastly, the ray tracing.  I could tell some reflections were accurate, ergo ray traced, but they looked off.  Since it’s a digital title with Xbox Play Anywhere, I loaded it up on my PC and cranked ray tracing to the max.  This is when I saw why the ray tracing looked odd: it’s very partial and is heavily combined with screen space reflections and static reflection maps.  Thus, if you want to see proper ray tracing, you’ll have to play it on PC.  And lastly, the story is serviceable, but it telegraphs its twists and turns too early, and I ended up predicting things correctly even if I didn’t want to be right, sometimes within seconds of it happening.

Starting with properly tempered expectations based on its lower price tag, I went into this hopeful that I would be surprised.  Unfortunately, I wasn’t surprised, and that’s not a good thing.  Its gameplay is in summary, “stiff”, if not nostalgic, its attempted use of dual screen gameplay is more show than go, its content falls a little short despite its price, and its graphics are only impressive in certain aspects.  And while it does manage to keep my interest with a well-crafted atmosphere both visually and aurally, it’s held back by its own attempts to push UE4 to the limit which detract from its performance.  This is all then wrapped up in an unintentionally predictable story which leaves me with nothing quite as memorable as I’d hoped.

I give The Medium…