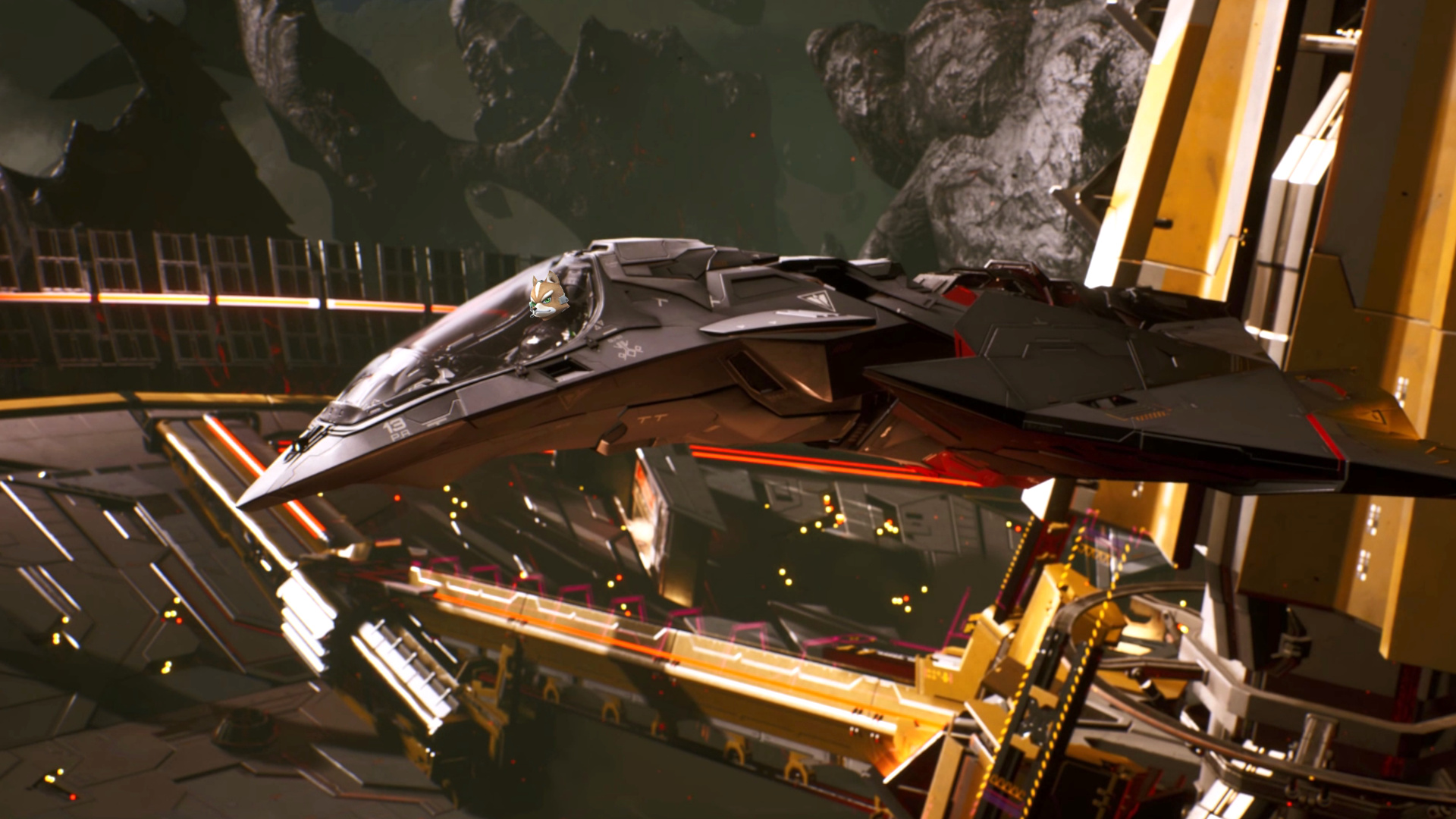 Howdy hidey ho!  With a shortage of flight-based combat games and the fact that Nintendo doesn’t know what the hell they’re doing with Star Fox, I was inclined to give Chorus a try when I saw it on Game Pass.  Is this the space flight combat shooter I’ve been looking for, and does it do for me what Star Fox once did?

…rather a peak space shooter.

Okay, so the basics are pretty clear: fly a ship in space and shoot stuff.  But the nuances are what set this game apart and in a good way.  It may take some getting used to, but there’s an unexpected and surprising balance between easy-to-pick-up and hard-to-master.  Between the ship’s oh-so-fluid flight, an array of weapons, and the differentiator known as “rites”, the game gives you quite an arsenal and expects you to use it.  And it’s wonderful: once you’ve mastered drifting and start pulling u-turns the way you’re meant to, it feels like no other space shooter has (each your heart out, Star Fox!).  Granted, some people might find it TOO complex and there is some noise in relation to doing “ship builds”, but that’s relatively minor in what is a rather peak space shooter.  At least, that’s if you’re into the space shooter part.  When it comes to completing missions and side missions, things start to become a little less fleshed out.  And though you practically require side missions to earn the necessary money for upgrades, you don’t do much more than fly and shoot in each open map area.  It’s not that I’d expect for the ship to suddenly convert to a land tank, (okay Star Fox, you win there!), but with cinematic scenes and other references to being on foot, a little time outside of the ship would have been nice (even if it was just in the hangar as a “hub area”).  So gameplay-wise, we’ve got top-notch mechanics in-laid within a mostly rigid mission and side quest structure.

…lacks a healthy variety in its structure…

The issue is that by the time you see the credits roll and 10 hours have passed, you mostly do the same things over and over again to get there.  Whether you do main missions or side missions, a few moments of respite don’t really hide the fact that the content is mostly go shoot this, go there, do that, and it all boils down to chores.  Granted, I recognize this isn’t a full priced game, and at $40, this is where it shows.  So while there’s ample content for the price tag, it lacks a healthy variety in its structure aside from, as aforementioned, a few varied moments.

…tries TOO hard to create its own type of space lore…

Call it force of habit, but I turned ray-tracing on and could barely tell the benefit.  If you don’t have the GPU to run it, don’t feel like you’re missing out.  In addition, my cinematics would stutter for reasons I don’t know or could solve whether I had ray tracing on or off.  Having said that, this is far from an ugly game.  While it could have used a little more environmental variety which could have included flying above a planet’s surface, at no point does the game not properly give you a sense of scale.  Space is big, and the game strikes a shockingly good balance between the speed of movement and size of the map areas.  You quickly recognize what “space” is and that it results in a very different sense of movement and speed.  This design balance truly helps create flight “freedom” that lets you breathe, and conversely gives you the challenge of flying in tighter spaces with that concept in mind.  Moving into the story and world lore, however, requires both a fair warning and a bit of a knock on the game.  Not only does the story become convoluted in its own “space religion” drama, but it tries TOO hard to create its own type of space lore.  We’re talking a game combining just about everything you can imagine: politics, spirituality, multiple dimensions, religious cults… It’s quite simply too much and delivered in a messy fashion that assumes you’re going to totally be into it.  I, quite simply, was not.  Nothing it says can really offend you because all of its fictional and lacks relatability, but don’t be surprised if you just find yourself confused.

Does Chorus do for me what Star Fox once did?  To some extent, yes, and it improves upon the flight mechanics in a way that absolutely puts Nintendo’s star fighter to shame and makes you wonder why they can’t deliver this level of flight combat.  Unfortunately, it ends up faltering in its far less interesting mission and side quest structures that lack variety in challenging you with said mechanics.  It also justifies its price tag too heavily in quantity rather that in quality.  Then there’s the balancing act in presenting itself to you: the look and feel, the absolute sense of scale and freedom, it all shows me things Star Fox SHOULD be doing, but it muddies itself behind a convoluted fuster cluck of world lore trying to dip its toe in literally everything sci-fi.  Okay, Nintendo, give me Star Fox using flight mechanics like this and you’ve got a winner on your hands.