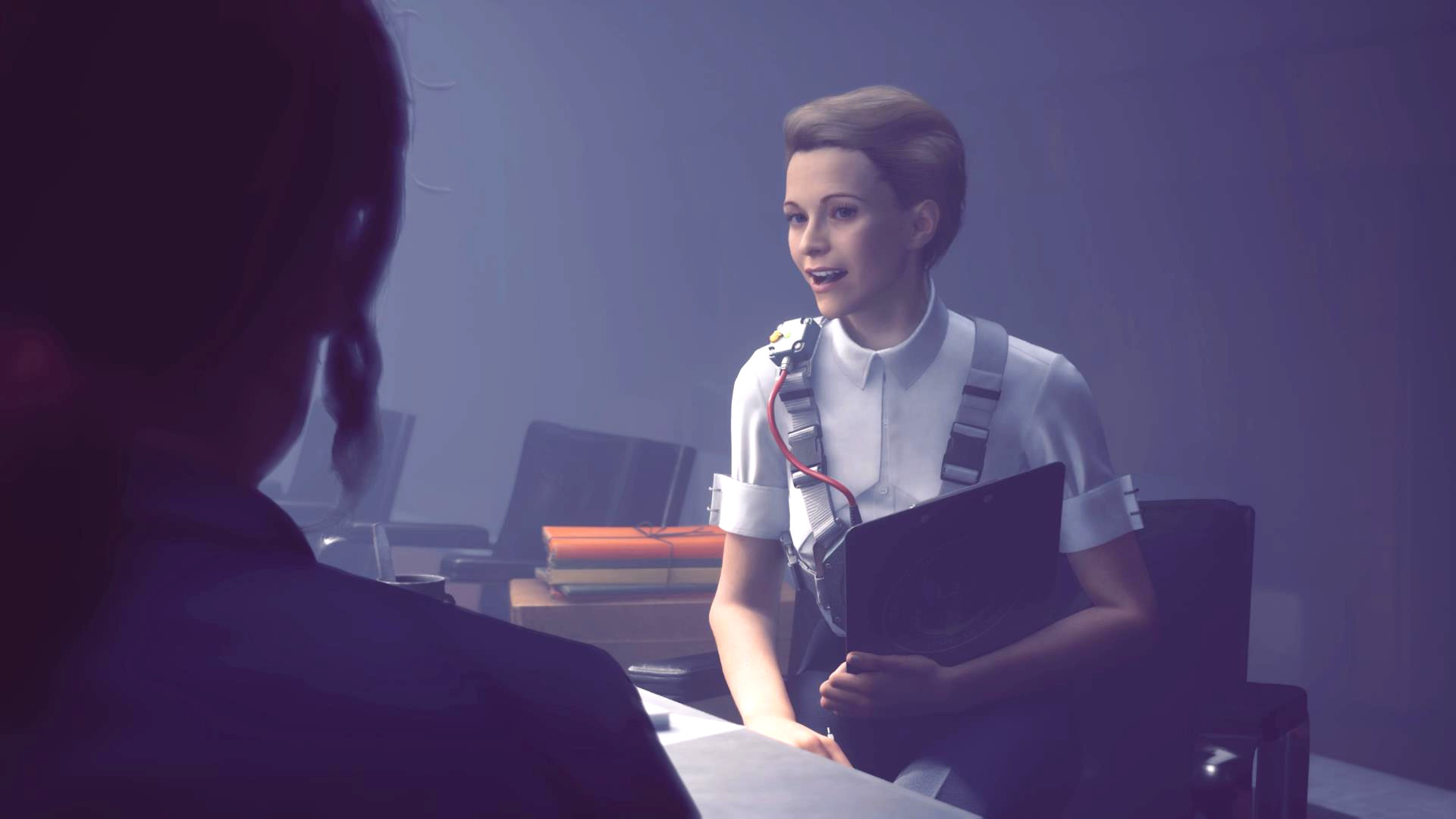 I know, Control came out a long time ago, so this review seems like a backlog review, but I’ll admit I did buy it to give my RTX 3080 something to chew on.  What you should know about Control, though, is that it’s a game I don’t want to spoil, and yet, I have to whet your appetite if I’m to review it.

You turn into a bit of a badass…

If you’re familiar with Quantum Break, then you’re familiar with Control.  That’s not to say familiarity with Alan Wake doesn’t help, but in reality, it’s quite close to Quantum Break: you shoot and you have superpowers.  Where this game steps it up is that you really start to get quite overpowered by the end of the game, especially if you took some time to grind a bit and do side missions to power up.  You turn into a bit of a badass, even if you remain what’s commonly known as a glass cannon.  And then the rest is a lot of navigation (but also that means a lot of destructible environment to play with), some puzzles, and then you’re back to kickin’ ass.  And I just described the whole game, including the DLC.  So you’d better enjoy the gameplay because if you don’t, well you’re stuck with a whole 20 hours of it… well 10-12 if you just mean business.  Fortunately, I did enjoy it because there’s just something about throwing rocks at people’s faces that is infinitely satisfying.

If you smell the roses, the roses smell you back.

How did I play a 10-12 hour story game for 20 hours?  It’s quite simple, really: I actually stopped and smelled the roses.  The side content actually offers a number of things from some very unusual boss fights to some very, VERY interesting reading.  And therein lies how I managed an easy 20 hours: I actually care about this sci-fi paranormal nonsense.  If you smell the roses, the roses smell you back.  It tickles the noodle how the game weaves both real life terminology, occurrences, and real life beliefs into its fiction as if the game is actually explaining what you and I just don’t know about the world as it is today.  So if you play this, smell the roses.  Smell them real good.  And since the Ultimate Edition includes all the DLC, you’ll smell some new and exciting roses, too, including the fact that it all ties into Alan Wake.

Obviously, if you’re going to go realistic and story-driven, you’ve got to dial up the graphics.  This game finds itself in some sort of halfway house, though: it’s clearly a current gen game that is dialed up to 11 with some effects that will be common in the next gen.  For example, ray traced reflections on a window, as an easy one.  The fireworks do light off to spectacular effect without a hitch if your GPU is up to the task, though.  When the game’s graphics really shine is when the “art” direction goes the way of Doctor Strange, and the darker tone it takes is almost haunting for people like me who believe in the possibilities of the paranormal.  In fact, what really adds the topping is the sound design, and I can wholeheartedly tell you that this game is worth playing on a good headset with the volume turned up.  It isn’t without issues, though: I’ve run into lights that don’t light; and even the ray tracing isn’t always quite right with its reflection quality.  And yet, I can’t help but tell you that on the whole, this game’s presentation is its strongest and most decorative suit.  Complete with some actual live person recordings, and I do recommend smelling these roses, too.

So if you’re into the paranormal, then this is a must-buy.

There are moments in this game I absolutely cannot spoil, but therein lies where this is a difficult thing to say: if you’re not into the paranormal, if this game’s world and concepts do not bake your noodle, then you’re likely to not find as much value in the game on the whole.  It looks good, it plays good, it lasts long enough for its price, but this game’s a hard sell to the general audience.  That is because without the appeal of its story and world, it’s just a good looking third person shooter.  There are plenty of those.  So if you’re into the paranormal, then this is a must-buy.  But on the whole as a game, it doesn’t exactly break any new ground even if it does what it sets out to do with competence.

I give Control Ultimate Edition…