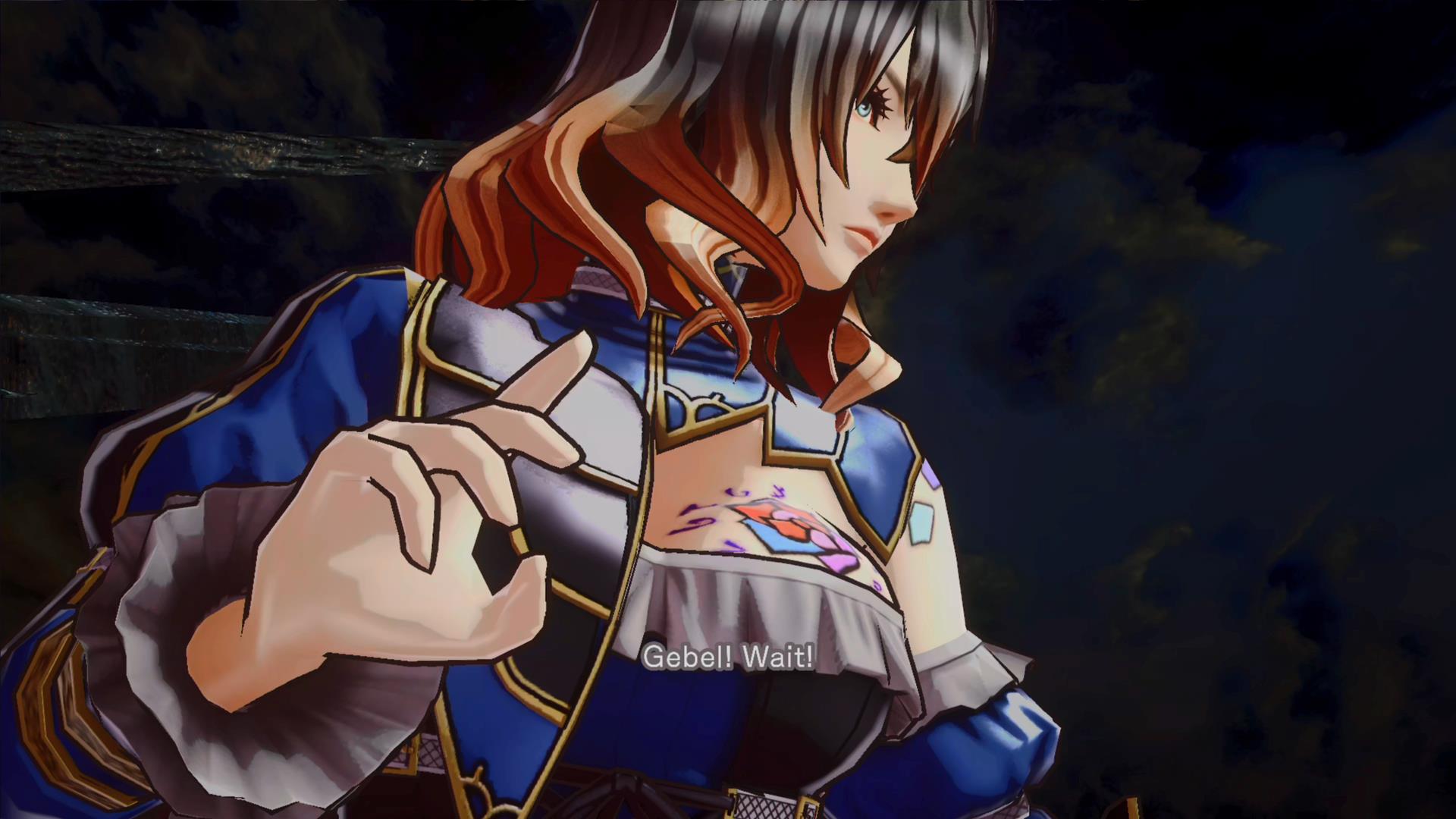 Yea, you guessed it, Bloodstained: Ritual of the Night is a 2D game.  It takes place in 3D environments, but other than some change in angles, it remains a left-right-up-down affair in the sub-genre known as “metroidvania”.

It’s not Souls hard, but expect to die without exception…

The first thing you need to know is that it’s definitely more on the classic side of things despite moving to 3D graphics.  You will find yourself spamming the attack button like the good ol’ days when you see that oh-so-wonderful hole in the boss’s AI logic.  The good news is that it’s not THAT classic all the time: you’ll gain some really neat mechanics that do actually harken to the modern-past days of structured exploration.  However, as the neat mechanics multiply in number, it can start to be a little annoying having to switch all the time to the correct one for the moment, thus breaking some of the game’s momentum.  In addition, the game itself can be rather hard.  It’s not Souls hard but expect to die without exception until you’ve mastered the game.  But then I find myself in a tough spot saying that so easily: the game has a large assortment of weapons, but I found them useless once I upgraded what turned into pretty much the only weapon I needed to master the entire game: the Encrypted Orchid.  The game does try to further add an assortment of activities from crafting weapons, to cooking food which provides important first-time boosts to your stats, to enhancing the shards you gather along the way.  These shards are important to your overall combat loadout, so you’ll spend a lot of time in this screen picking what you like.  Sadly, it’s this overall assortment of consequent inventory and menu management that sometimes works against the game.  Even with shortcuts, there’s a repeated disruption to the flow of things when I have to stop and eat food in the middle of getting my ass handed to me.  Other than that, though, I can’t deny that at its core, it definitely feels old school in a good way.

Enjoy it, see it through, and know you’ll get your money’s worth…

Considering I bought it on sale, there’s no complaints here.  I will mention that most of the side quests are pretty boilerplate, mostly just killing enemies.  What’s really the kicker is that while there are multiple endings, they all end in “game over” except one.  I originally didn’t know this, so I admit to using the old Google trick to find out more and why I was getting game over screens.  Getting their led me to a very high completion rate of the game’s map and an overall play time of about 15 hours.  There are also some other modes that you can try out and a new game plus, but the bulk of your time will be spent on the campaign.  Enjoy it, see it through, and know you’ll get your money’s worth if you go for the only real ending which sees you exploring areas you would never have seen otherwise.

…but I do expect indie developers to make some effort in these key areas.

This is where I recognize that this game had an overhaul that only ended up working against it.  Does it look good for an indie game?  Not really, not when we’ve seen far more detailed games in the 2D space by other indie developers and small studios.  In addition, the closeups are just pretty darned bad, and the animation work is subpar, too.  No, I’m not expecting The Last of Us 2 quality levels in here, but I do expect indie developers to make some effort in these key areas.  While there is full voice acting, it honestly wasn’t necessary, and the effort could have easily gone to these other key areas.  The left-right dialogue layout would work just fine without voices.  The environments and bosses themselves look alright, but aren’t anything to write home about, and the game does contain some inexplicable bugs.  And to wrap up, the story is a bit farcical, not because it was written poorly, but because its development and characters are unevenly paced and lack much needed depth.

It is classic, and there’s a good reason we’ve left those days mostly behind.

I grew up on 2D side scrolling games.  It was honestly a breath of fresh air to play something so focused on trying to relive the good ol’ days while attempting to modernize it.  And that’s really what actually keeps this from being top shelf.  It is classic, and there’s a good reason we’ve left those days mostly behind.  I enjoyed myself, but more because I remember what this is like and can appreciate it.  The game thusly executes this competently but far from perfectly, falling prey to many of its own inventions, but still gives me a new past to enjoy for a trip down memory lane with a shinier coat of paint.

I give Bloodstained: Ritual of the Night…

One thought on “Bloodstained: Ritual of the Night (Backlog Review)”