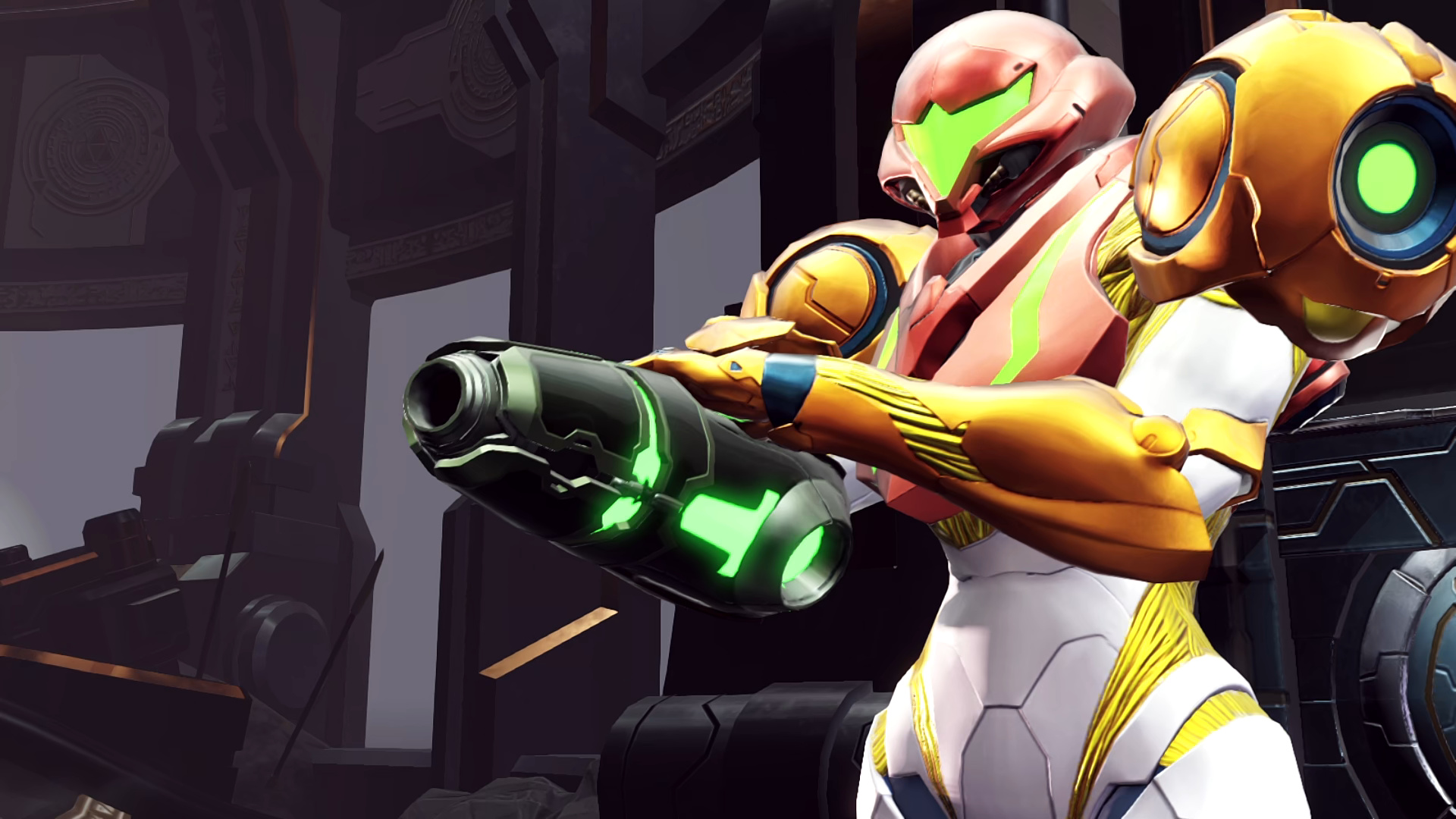 As if the poster I have hanging up wasn’t enough to tell you, Metroid is a top favorite franchise of mine right next to Zelda.  And while this is clearly not Metroid Prime 4 and is instead a clear return to the nostalgic roots of the franchise, does Metroid Dread really do justice to the series?

This is the queen that spawned an entire subgenre…

I’m the kind of guy that gives you fair warnings, and this is another game that needs one.  If you’re like me and well-versed in Metroid, then this game will be relatively easy because almost all the mechanics are familiar.  If you’re new to the Metroid series, then this game will be relatively difficult because it assumes you are the former.  Thus, you should summarily prepare to be humming along for hours and then suddenly die.  The difficulty pacing can be a bit jarring; I admit it even as a seasoned player.  However, know that you’re going through the very formula that spawned the “Metroidvania” sub-genre and would forevermore influence 2D side-scrollers.  This means you’ll be both pressing forward and backtracking through an interconnected maze as you gain moves to open new paths in old areas.  And while, again, most of these new moves are simply familiar to me, it was still fun to re-tread the very mechanics that turned me onto Samus in the first place.  From morph ball antics to grappling hooks, it’s all here.  And the good news?  They’ve balanced that nostalgia with modernization (primarily the melee counter and cloaking), so it was both a trip down memory lane and a good one at that.  This is the queen that spawned an entire subgenre, and I’m absolutely glad they managed to preserve the core formula even if I’ve tread it dozens upon dozens of times before.

As you know, I’ve been slowing myself down and taking more time playing the games I review, but I’m sad to report that I still hit the credits in this game in a little over 8 hours.  Granted, I likely died a lot less than the average player, but I went back in and there just isn’t much after it’s over.  Since Nintendo has no achievement system, either, unless you’re into challenge and speed runs on hard mode there isn’t much else to do.  I can’t deny I’m disappointed.  It’s 2021: just because the old games were short doesn’t mean it needs to be the same now, and this is one area of the nostalgic formula I’m not so happy with.  Imagine a second planet you fly to with yourself fully upgraded that takes everything you’ve gained and puts it to the test.

…twists that do come together in a nice, yet all-too-familiar outcome.

This isn’t a good-looking game, period.  The thing is, that’s not the developer’s fault so much as it is the Switch’s hardware they’re working with.  Closeups do not impress, and the reality is that this game’s file size isn’t small because of magical compression, but because the game lacks detailed textures and voice work (both of which are the primary bulk of game files).  Fortunately, like most Nintendo games, art style is used to keep things looking pleasant, and the Metroid series has always had plenty of that to work with.  This doesn’t quite stop the framerate from occasionally dipping hard from its 60fps target, though, and most cinematics lock to 30.  Again, I understand this is less this game’s fault and more Nintendo’s fault, but it hurts me to say these things because this is a franchise that absolutely deserves more power to bring its vision to life.  Moving onto the story (I know, “story” in a Metroid game?!), this is minimally delivered in bite-sized amounts as you progress like its predecessors.  Obviously, with how little it gives you, I can’t really tell you the culmination without spoiling it but know that it has some obvious twists that do come together in a nice, yet all-too-familiar outcome.  It, too, focuses on nostalgia with a hint of modernization (or progression lore-wise).  I will close on one side note, though: the music took a backseat and it really shouldn’t have if you know the Super Metroid tunes by heart like I do.  Brinstar, Norfair, anyone?

I still enjoyed every minute of this nostalgia trip…

This hurts me because I wanted to like this game more.  This is a top franchise for me, and I want to see it grow and fulfill its vision as an industry top dog.  That doesn’t mean I don’t appreciate this re-tread, and I can’t deny that I had a smile on my face at times from the antics of old brought to life in today’s era.  The formula aged well and remains at the top of its game even with some modernizations.  Sadly, its over too quickly for anyone not into personal play records, and it’s really hard to look at against the backdrop of other modern gaming platforms without feeling like the Switch just can’t do this franchise visual justice.  I still enjoyed every minute of this short nostalgia trip, though, even if some of its faults lie with Nintendo and not the developers.

I give Metroid Dread…